How a rubber ducky can help you code 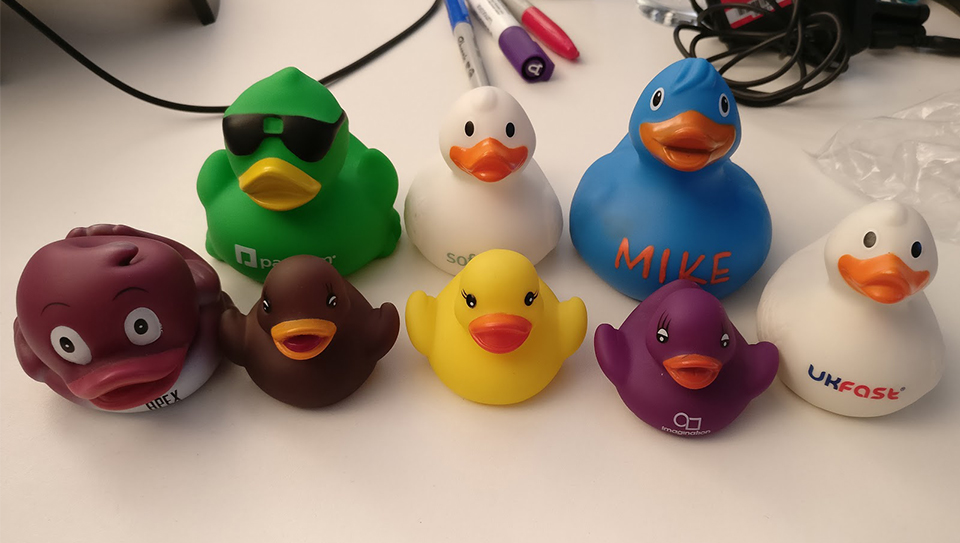 Ever tried rubber duck debugging?
I first heard about this technique when I was a junior PHP developer working in a small team of 3 alongside one mid-level and one senior developer. Being a junior dev is all about making mistakes and learning from them, and as you would expect, I made plenty of errors along the way in my code, often creating bugs I could not explain.
Because we were such a small team, the other developers I worked with were often too stretched to help when I got stuck. As a result I became really good at seeking out the solution to my problems myself, rather than asking for help. That’s something we work hard to instill in our academy students. Sometimes though, you hit a wall and really just need some help. (That’s why we have a full time trainer on hand at every stage of the academy programme.)
To help me when I came up against a problem like this, someone suggested I try ‘rubber ducking’.
What on earth does that mean?
Have you ever explained a problem to a friend or co-worker, only to discover the answer as you talk, without them saying a word? This is a common phenomenon; taking a step back from your problem in order to explain it to someone else enables you to see the issue from a different perspective and often discover the solution. Rubber ducking works in the same way, but instead of explaining your problem to a person, you explain it to a rubber duck. After all, they don’t actually need to respond for this to work!
Check out rubberduckdebugging.com for the best explanation of rubber ducking I’ve ever come across.
Rubber ducking is one of many techniques we use at the academy to help our students become self reliant, speedy problem solvers. We’ll be sharing more tips to help you become a better software developer on the blog. Follow us on Twitter to be the first to know.