Catering to code: how I got into development 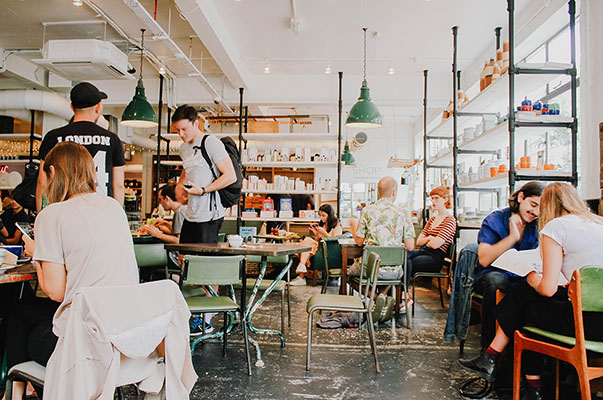 Do you worry about making big life changes, or think coding couldn’t possibly be for you? Mayden Academy student Matt tells us how he challenged his own fears and went from working in hospitality to training to be a junior software developer.
“I’ve been doing it for 17 years now, so I’m pretty good at it. The money’s okay, and I don’t really know what I’d do otherwise.”
I was having a conversation with a guy I met in a pub a few days ago. He said hospitality was the kind of industry that once you’re in, you’re stuck. His words really hit home. Only a few months ago, that was what I’d thought too.

To settle, or not to settle?

I’d been in catering for almost 20 years, in all sorts of roles. I’d always been able to convince myself that the unsociable hours, constant need for flexibility (on my part, not my employers), and, above all, difficult guests, were the price you pay to have such a diverse, fun and people-oriented job.
Working a 9 to 5 or being anywhere near an office desk just didn’t feel like an option for me. I mean, I’d miss out on all the things I loved about hospitality, wouldn’t I?
Then I spoke to my sister’s boyfriend, who had recently quit his job as a supermarket manager to learn to become a developer.
It meant he wouldn’t be earning an income for four months whilst taking the course, which sounded scary. But I was intrigued by the conviction with which he advocated his dramatic (and gutsy, for a father of two) career change.

His main arguments flew in the face of everything I had thought about software development as a profession. Developers are all socially awkward, basement dwelling weirdos, no?
But he was talking about things like sociability, teamwork and collaboration, flexible workplaces and hilarious teammates. Slowly, he started winning me over, and sparked my curiosity. I began investigating what could be a huge, life changing career move.
The next few months were spent deliberating. Researching, thinking, being talked into it by my family and partner, getting cold feet, panicking at the risk of the unknown, talking myself into it again. I finally took the plunge and applied for a place on the Mayden Academy Full Stack Track coding course.

It’s now been just over a month since I started at Mayden Academy and I have to say, I couldn’t be happier with my decision.
The course is tough but enjoyable. The tutors are clued up, with a real focus on teaching the skills that matter in the workplace. I’ve been challenged week on week. Ana amazingly, I’ve even been given an insight into how I can apply my skills from the catering trade to various roles in software companies. It’s nice to know the last two decades haven’t been a complete waste of time!

Take the leap of faith

What I’m trying to get at is this. If you’re like me – someone who wants something more fulfilling from their working life, but believes they can’t – just do it.
Find something that excites you.
Do your research, make a plan, take a deep breath, and go for it.
You’ll be glad you did in the long run.
Want to give coding a go? Try it out for free at one of our taster sessions – reserve a place now!