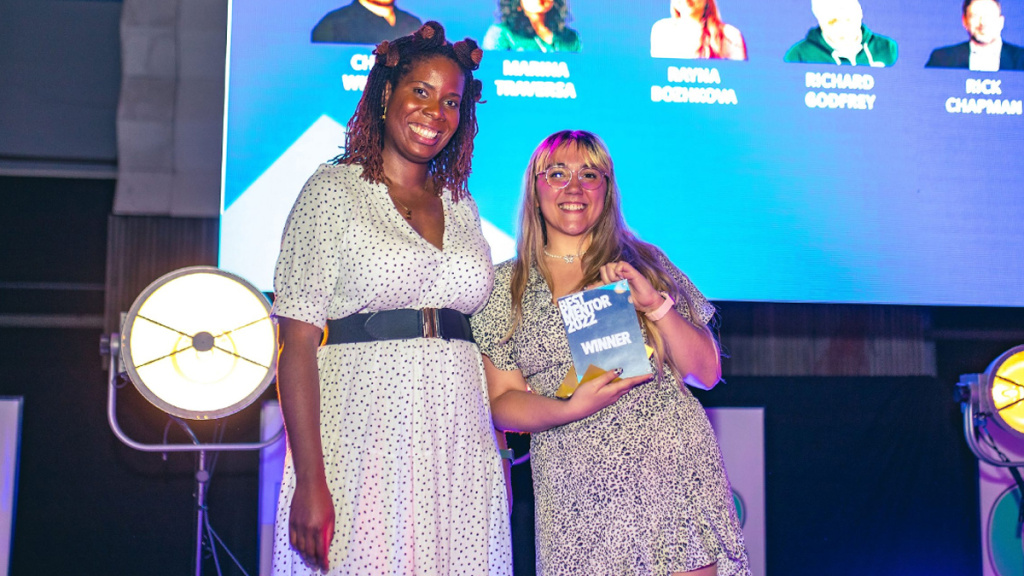 The July heatwave may be behind us but the hot streak continued for iO Academy with two awards wins in as many weeks.

Having been shortlisted as finalists in three categories on the night, the academy’s first success came as Full Stack Track trainer, Rayna Bozhkova, was recognised as the Best Mentor in the Bath and Bristol region at the TechSpark SPARKies.

The annual ceremony, this year held at Propyard in Bristol, was attended by some of the most notable names in the South West tech scene and celebrated the achievements of individuals and businesses across the industry. Overwhelmingly positive feedback from Rayna’s current and former students played a key part in communicating to the judges the profound effect that her teaching and support has had on them throughout their journey from tech novices to fully qualified software developers.

Just a week later, iO Academy were named as winners of the Innovation Award at the Creative Bath Awards 2022 ceremony. Despite stiff competition from a formidable field of nominees, the academy made a strong case to the judges based on continued growth, rising to challenges brought about by the pandemic, successfully seeking to address the tech gender gap and adapting to the current and future needs of the industry with the development of a new data science and machine learning course.

The Creative Bath Awards are a celebration of the region’s creative, tech and cultural talent. This year’s ceremony also provided the opportunity to share in the success of former iO Academy student, Ben Long, who took home the Young Creative Award in recognition of his work at Bath-based agency, Rocketmakers.

Find out more about the Full Stack Track coding bootcamp, Data Science and Machine Learning course or register for a free taster session to launch your new career in tech.