From croupier to coder: Aldo’s story 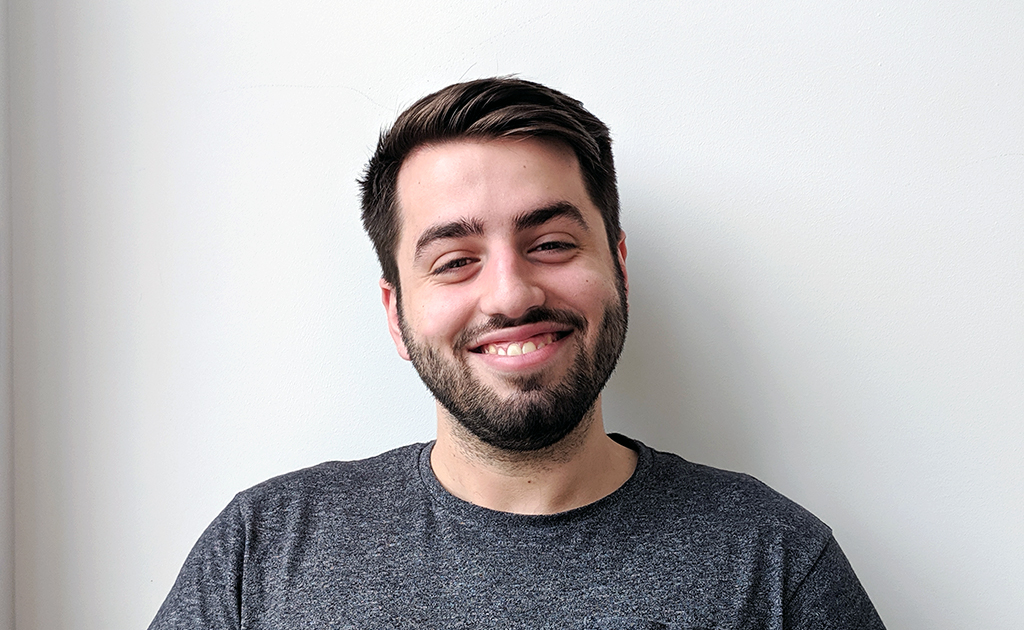 Before starting my journey at iO I had been working in the casino business for four years.

When I’d finished high school, back in Italy, I didn’t see myself going to uni and studying for another five years. I had to find a job I wanted to do and landed with being a croupier as it seemed like an exciting option and would give me the opportunity to travel.

However, I didn’t see myself working in the casino business forever, and after rising up the ranks I realised the job was going to get harder with very little reward, both financially and emotionally. The gambling business is also very stable, old and repetitive; it gets boring quickly.

I gravitated towards development as I had studied programming languages in high school and liked it, it had felt natural to me. After finding iO Academy’s Full Stack Track and knowing that was an option for me, as well as working on something related in my own time, I finally felt excited about something outside of my personal life for the first time in a while.

Soon after, I went to an iO taster session and after doing some more research I became 100% confident I could do it. My only worry came from people telling me the course would be hard.

At this point, I hadn’t studied anything for four years so I was concerned that I might fall behind. With that being said, I was excited about the format of the course and the opportunity to mirror an actual software team while learning; something that hadn’t crossed my mind up to that point, but I was really looking forward to.

As soon as I began at the Academy it felt so refreshing.

In the last couple of months of working at the casino, it had felt like I was just going through the motions, with no real passion. In contrast, at the Academy, I became very excited by the smallest things.

This same enthusiasm would carry over to my personal life where I would annoy my girlfriend non-stop about things we were learning – I was like a baby getting a new toy.

Stepping back (then forward)

The toughest part of the course for me was that sometimes the amount of information we were given felt overwhelming, and I just had to take a step back and relax for a moment before carrying on.

Sometimes I found it difficult to follow the pace of the course as I’m someone who really wants to dig deep and understand everything, but at times we simply had to move forward as the amount we needed to learn was just too big and we would have fallen behind.

Still, I began to feel like I was grasping the course well. My highest point came during the dog presentation app in which I barely wrote any code because I spent most of the time pairing programming with classmates who needed help.

That felt really good because I was able to help them understand things conceptually and transfer that into code. Being able to explain the theory to others made me feel like I really understood the teaching.

One of the most valuable things I gained from the course was the experience of working with other people in a software team. I feel like if the course had been structured differently I wouldn’t have fitted in as well or experienced the same success that I have.

The basic technical skills definitely helped of course, but the fact that I knew how to approach problems, how to ask for help, and how to help others was definitely more valuable.

The trainers were also always patient and willing to help us out all the time, no matter the problem. And this carried over! Just a couple of weeks ago in my current job I was seeking help from the iO alumni group because I felt uncomfortable about my skills, and my trainer Charlie was still there supporting and reassuring me that this was a normal step for developers.

Result: a new and exciting career

Starting my new job in development after graduating from iO, I felt over the moon. All the hard work had paid off and I was starting my new career!

I now enjoy starting each workday and I’m always engaged in something. In just two years since graduating I’ve been promoted to a mid-level developer and have had the chance to learn new technologies that I use daily. I am also expanding my views into more DevOps type work, which is really interesting.

Overall, joining the Academy has probably been the best experience of my life.

I had to overcome a lot personally, as I felt bad not bringing in an income for that time and having to use my savings to get by in order to achieve what I did. But now it feels like I’ve found something that makes me happy and I couldn’t have chosen a better place to do it.

Persevere, everything will work out in the end!

If I could give a piece of advice to anyone considering studying at iO it would be as follows: I know it seems hard at the start, but everything will be fine. It doesn’t matter how down you feel at certain points, it’s just part of the process! Ask for help if you need it but just know that in the end, it will all work out fine.

Don’t worry too much about technologies or ‘how to write clean code’, but focus a lot on concepts, practices, and processes.

When I started my new career, all these intangibles, the things the Academy gives you that self-taught learning can’t, were what drove me forward and made me the developer that I am now. 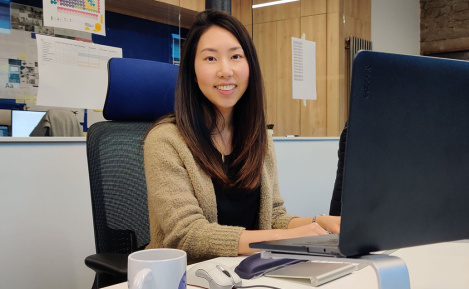 From designing to making: Alison's story 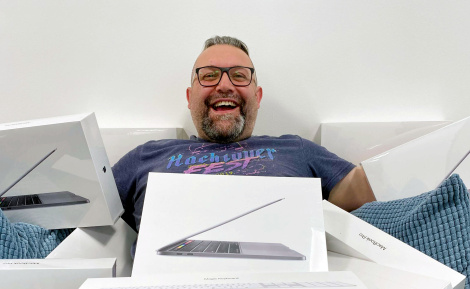 From boredom to brilliant: Rhymes' story